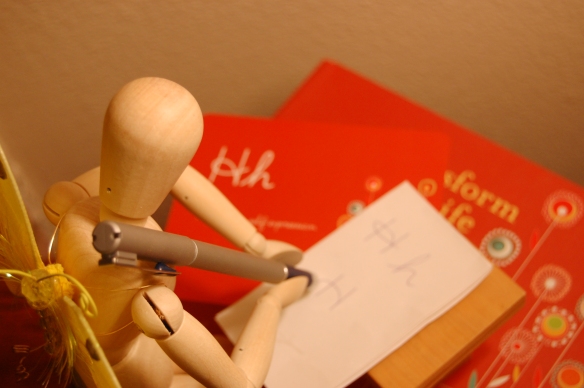 Transforming with the letter Hh 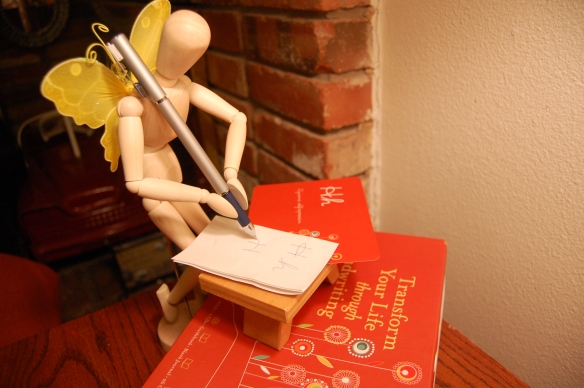 My friend Crystal did an Emotikin photoshoot this week with my favorite interactive kit from author Vimala Rodgers called Transform Your Life Through Handwriting: How the Pen Can Unlock Your Soul’s Potential (Sounds True, 2009). I am lucky enough to be the kit’s publicist for my day job and as part of the process, I spent months playing with the alphabet according to Vimala (and countless nights dreaming about it as my brain was processing the new neuroplasticity of changing the way I wrote my letters).

As a kid I used to practice my handwriting for hours,  using my left and my right hand, immitating my mom’s handwriting, pretending to be a teacher, making up my own fonts, practicing my new lastname (my new “autograph” as Vimala calls it) before I got married. This kit completely resonates with me.

I took her 40-Day Challenge to write at least a page a day full of a letter plus journaling on how the letter’s energy could effect changes in my life. Last night I reread my journal and it’s fascinating to see what changed in a year and how my penmanship (she doesn’t call it that though) has stabilized into a somewhat new style (at least for many letters).

The letter Hh was one of my favorites to work on, partly because the associated animal is the butterfly. (Crystal didn’t know that when she did the photoshoot with her Emotikin wearing butterfly wings.) I love the daily “Declaration of Intent” for the letter Hh:

I, Shelly, live my life path with the zeal of an evangelist and the wide-eyed innocence of a child.

Vimala graciously allowed me to paste an excerpt from her guidebook here. You can also visit www.alphabeticalblessings.com to learn more and follow her on Twitter @vimalarodgers.

Soul Quality: Dynamic self-expression. The Letter Hh emits one of the most powerfully propelling energies in the entire alphabet. Just look at it. It introduces itself with two “I am” strokes. It doesn’t get much better than that! If you practice it daily and draw into your life as many of its aspects as you possibly can, get ready for the adventure of your life. We often backpedal rather than share the vision of how we want to shape our dreams in the world. Why? We’re convinced that someone will douse our dreams with negativity. The Letter Hh won’t allow it. It not only moves you forward, it invites you to learn necessary lessons from the blind alleys you encounter along the way and guides you through them with dynamic, not-forsissies energy. If you want to put firm footing on your intended life path, this is the letter to adopt. As a sidebar, I have practiced the Letter Hh daily for more than 30 years; not surprisingly, I experience its “Just go do it!” energy each day—yes, each day. Miracles and open doors greet me everywhere I go.

Declaration of Intent:  I live my life path with the zeal of an evangelist and the wide-eyed innocence of a child.

Alphabetical Family:  The Letter Hh is the youngest child in the Family of Honoring and Expressing. All the letters in this family—Mm, Nn, and Hh—convey one message “Risk! Be true to yourself! Get out there in your life and do it!”

Element: Fire. The fuel of the letter Hh is to blaze a path through life fully and with joy.

Gender: Masculine. The Letter Hh is full to bursting with generative energy. 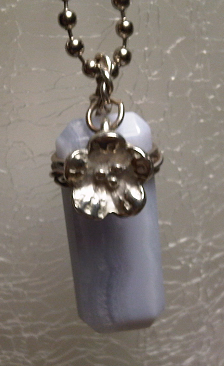 Here is my Blue Lace Agate (says Shelly) It has great ju-ju.

Gemstone: Blue lace agate. If you have dreams of making the world a happier place yet can’t quite organize them into a profession, purchase and wear the blue lace agate. Find a good-size raw one and place it on your altar. If you don’t have an altar, make one. It’s simply a way of acknowledging that someone higher than you is running the show. By placing a blue lace agate on your altar, you are saying, “We’re in this together. Inflame my life path with your guidance, grace, and blessings.” I wear a blue lace agate every day and have one on my altar as well.

Animal: Butterfly. The butterfly is the quintessential expression of freedom from a confining self-image. It begins life as a creepy crawly little caterpillar and then, when the time is right, it wraps a cocoon around itself. After a gestation period the cocoon begins to crack, then open. Then, lo and behold, out comes not a little worm-shaped creature, but a magnificent creation of varied colors and designs—with wings! A butterfly! To see the butterfly and the Alphabet in concert, visit Appendix C.

Guardian Protector: Cerviel (Sir-vee-EL)—the angel of courage. When President Woodrow Wilson asked that Alice Paul be put in an insane asylum for insisting that women have the right to vote, this was the reply of the M.D. who denied his request:  “Courage in women is often mistaken for insanity.”

Cerviel fills you with irresolute courage when others may question the validity of your lifework because it’s unfamiliar to them or, more likely, because it’s never been done before. When you feel cornered by negative judgments, strike up a conversation with Cerviel as you write your Letter Hh. Trust me — she will be right there to keep your intentions alive and give you what it takes to carry on. I speak from experience when I say that she will remind you again and again that “This is your life — not anyone else’s. I am right here to give you what you need: opportunities and the courage to embrace them. Now go — Live your life path fully!”

How to Inscribe the Most Self-affirming Hh

I could go on for hours about how much I love Vimala’s handwriting technology. One of my favorite things is that she says to start with the letter of your firstname because it represents your soul’s greatest challenge and once mastered, your soul’s greatest gift. My letter, then — Ss — represents “balance in all aspects of life.”

For a recovering perfectionist, this is definitely a letter I benefitted from focusing on for 40 days. Vimala also gave me the added task of writing the ligature Sh together, as that has an added meaning. I’ll tell you more about that another time.

Do visit www.alphabeticalblessings.com and www.iihs.com to learn more from one of my favorite teachers of all time.  And please note her Five Noble Truths of Integral Handwriting include “there is no such thing as good or bad handwriting…” 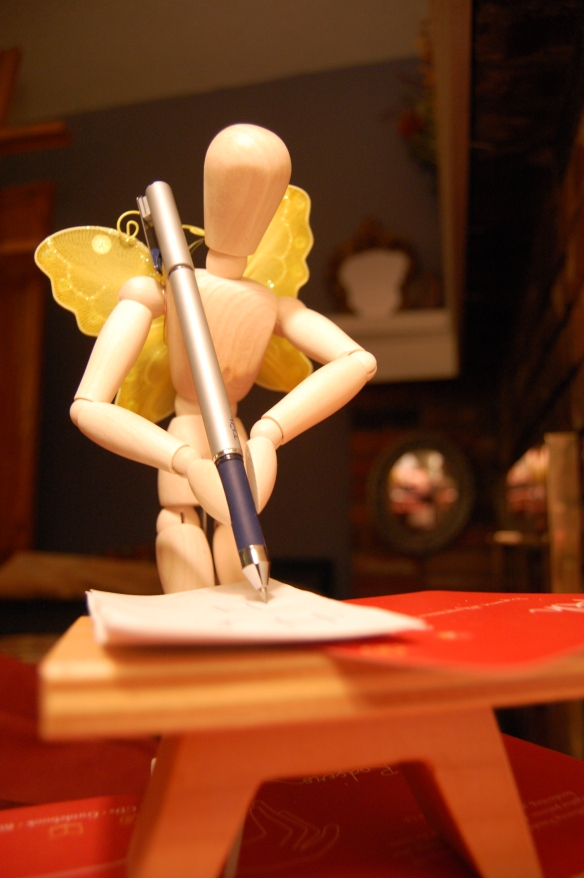 Practice the letter Hh if you want to
stride forth on your life path with confidence, zeal, and joy. 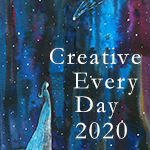